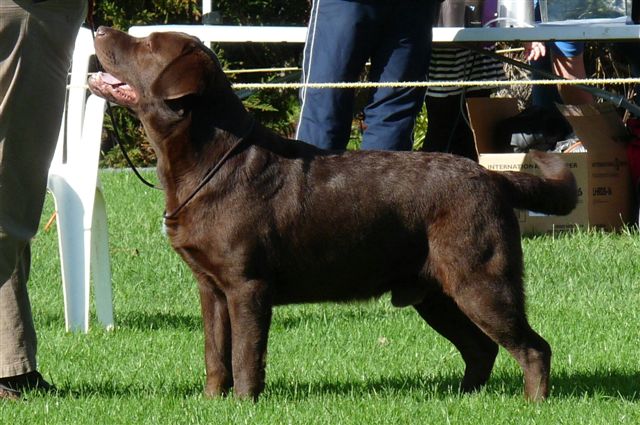 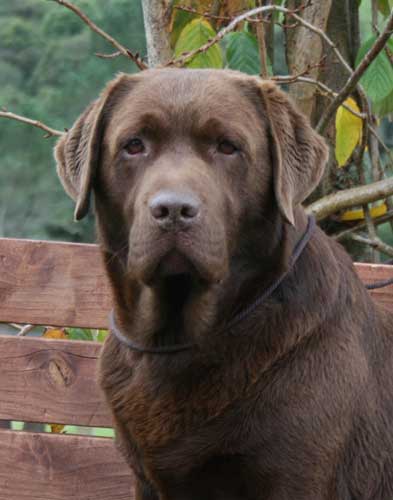 William’s quality breed type and steady character has delighted us since the day he arrived in NZ as a baby puppy. Right from the start he proved to be a pre-potent stud dog and has consistently produced sound and typical puppies across the board. Although rarely shown he has excelled under breed specialist judges gaining noteworthy In Show wins – with the ultimate accolade being Best in Show at The Labrador Club Inc 50th Jubilee Championship show in May 2009. Judge: Margaret Brown (Ramsayville Labradors UK). Margaret Brown’s critique states:

“Such a beautiful dog to go over, for me has quality is abundance however does not quite show himself off to advantage and is possibly one who could well be overlooked for this reason, such a lovely head & expression, very balanced, with a kind intelligent look to him, he is so well put together, strong and powerful over the neck with excellent long sloping shoulders, has good width and depth of forechest and it was here I felt he had the edge over the second dog, a short dense coat of correct texture, good bone and substance for his frame, he is short coupled but still with a decent length of rib to give him balance, I thought his movement was first class, positive straight and without exaggeration. I was delighted to award him best Dog and I couldn’t see past him for BIS”

William’s progeny have carried on with his winning ways and to date William has produced seven Champions and/or Best in Speciality Show winners in Australasia, including a New Zealand Grand Champion..
He also produces puppies with a strong work ethic and he himself is used in the field. He is a dog who has gone from strength to strength as he has matured and as we move into the second generation we look forward to even more success in the years to come.

BISS RBISS NZCH Berolee William Trigg (IMP UK) turned 9 on the 1st of Feb 2014 and not a gray hair in sight. It seems a lifetime ago that we picked him up from the airport. So much has happened in the last nine years. We buried a son and welcomed 2 grand-children and he has been there through it all. I would like to put an order in for another one just like him PLEASE. He is looking after his pinecone, he is an obsessive compulsive retriever, a great producer, great hunter but above all a great pet. And at the age of 9 he still very much rules the roost around here, sleeps beside our bed (thinks he should be on it). Long may this continue. Thank you Sue 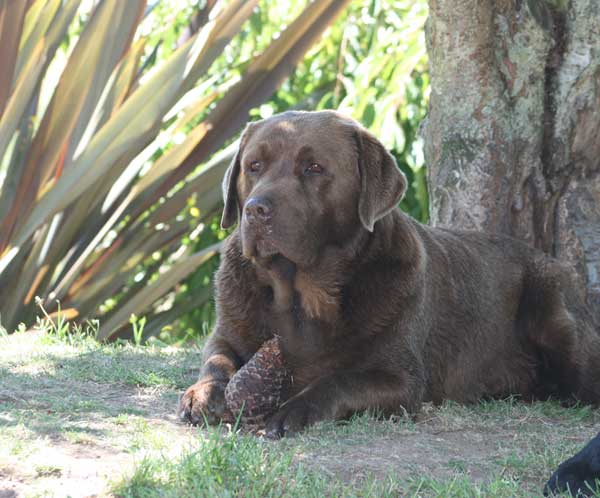 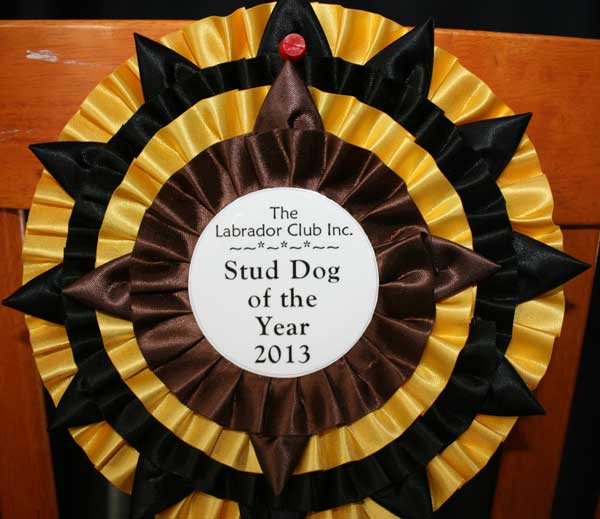 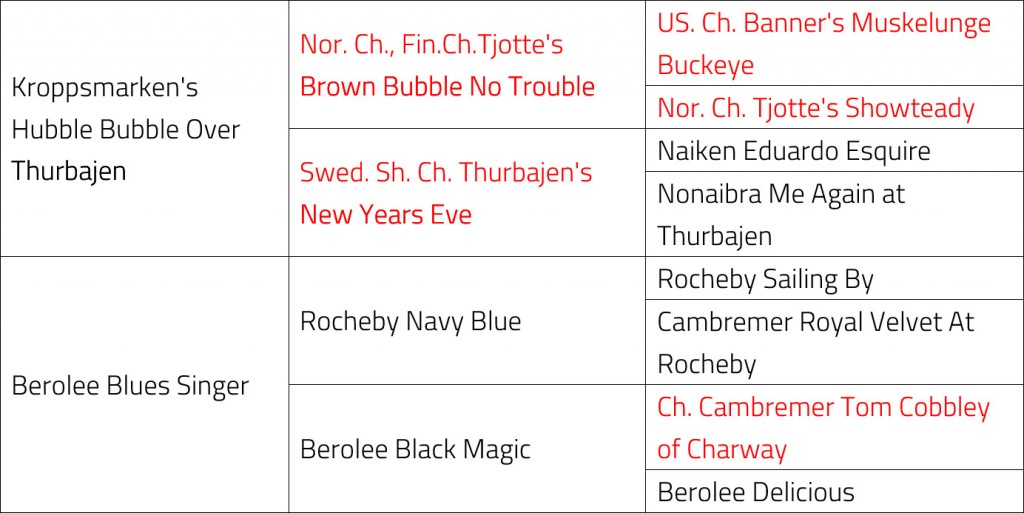